I recently stumbled across a nice Pi-hole setup that provides a quick and easy way to deploy Pi-hole along with a Grafana dashboard to collect metrics on your network.

The instructions provided with the project worked without any issues. Now I have Pi-hole setup on a Pi 4 and also have a nice dashboard to keep up with my network speeds.

I have also been playing with Tailscale, which is a zero config VPN. I thought it would be super cool if I could set things up so that when I am connected to my Tailscale network I could also take advantage of the Pi-hole ad blocking.

After a bit of research I was able to get it all working.

Once I had Pi-hole setup I installed Tailscale to the Raspberry Pi running Pi-hole using their simple install command.

After install I started up Tailscale with this command.

Note: You will need to change the command to match your networks subnet.

After I started Tailscale up I got an error referring to IP forwarding. I had to run the following commands to clear that up.

Then I logged into Tailscale and clicked the "three dots" menu next to the Machine entry for my Pi-hole. I selected "Disable key expiry" from the drop-down. Since the Pi-hole is not directly exposed to the internet it is safe to not require re-authentication. Then I selected "Edit route settings..." from the same drop-down menu and enabled the first option. See image below. 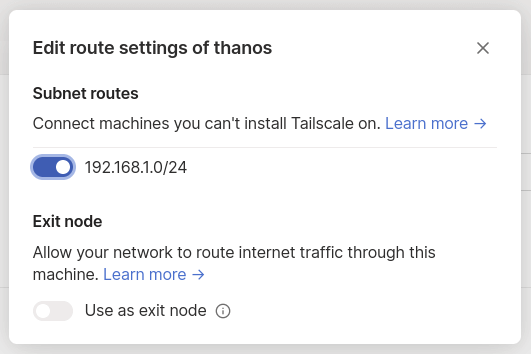 Next I copied the Tailscale IP address for my Pi-hole and used it as the Nameserver on the DNS tab. I set it to override local DNS. See image below.

Now I have a Tailscale VPN setup that uses my Pi-hole.

I installed the Tailscale Android app so now when I am away from my home network I can still access my servers as well as be protected from ads using my Pi-hole.

I also like to use PADD to display my Pi-hole status on a monitor in my office. However, I noticed that it wouldn't work with this new setup. After a bit more research I found the answer.

On the Pi-hole I ran the following to setup PADD.

Now that I had PADD setup I needed to update my Pi-hole configuration to use it.

I had to add the following volume to the pi-hole-docker-compose.yml.j2 file which is located at /home/pi/internet-pi/templates/.

I then ran the following command from inside the internet-pi directory per the project's instructions.

Next I added the following alias to my .bash_aliases file in the Pi-hole home directory.

Now I can use the padd command to startup PADD.

I originally had Tailscale setup to use Pi-hole as an Exit Node. I found that I was having issues resolving hostnames. I have updated the setup to not use the Pi-hole as the Exit Node. I still get the ad-blocking, and now the hostname resolution issues have been resolved.

I started having odd issues where the internet speeds from the Pi 4 running Pi-hole would drop off significantly around 2am everyday. I have since moved back to Pi-hole's default installation.

*I have moved my Pi-hole setup to an older Pi 2 Model B so that I could free the Pi 4 up for some retro gaming. 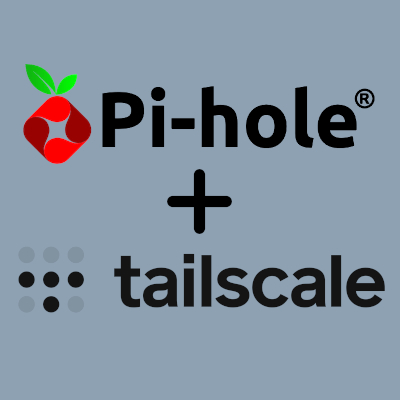 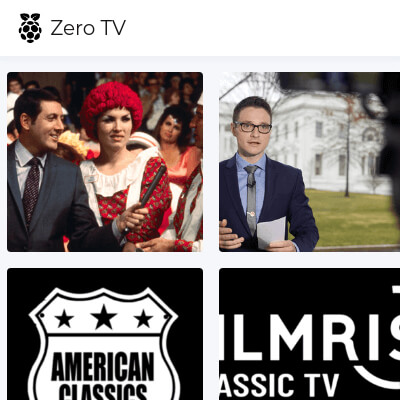 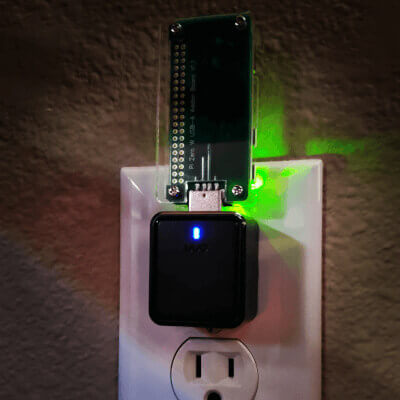